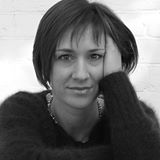 Today I’m welcoming a writer I’ve never actually met but who feels like an old friend. Jane Davis has been here on my blog at least once already and I’ve read several of her books including I Stopped Time, which alerted me to our shared interest in early photography. She is also lucky enough to have stayed in the Edinburgh location where much of In the Blink of an Eye takes place!

However her latest novel, though dealing with past events,  is highly contemporary. Smash all the Windows has strong echoes of the Hillsborough tragedy, focusing not so much on the event itself (her accident takes place on the London Underground) as the effect of the protracted judicial hearings on those who were left behind. The novel is necessarily tinged with sadness. I found the chapters involving Gina, who lost a teenage son, and the parents of the young London transport employee, whom some regarded as responsible, particularly moving. I was also fascinated by the ways in which the victims’ families gradually managed to move forward in the working out of their grief. After tragedy, life must go on, the question is – how?

Here’s a short description of the book followed by my questions to Jane.

Smash All the Windows

For the families of the victims of the St Botolph and Old Billingsgate disaster, the undoing of a miscarriage of justice should be a cause for rejoicing. For more than thirteen years, the search for truth has eaten up everything. Marriages, families, health, careers and finances. Finally, the coroner has ruled that the crowd did not contribute to their own deaths. Finally, now that lies have been unravelled and hypocrisies exposed, they can all get back to their lives. If only it were that simple.

I can see echoes of Hillsborough in this book and also the Bethnal Green tragedy. What drew you to these scenarios?

It was my anger as I watched the televised broadcast following the delivery of the verdict from the second Hillsborough inquest was what set me on a course for writing the novel. I had been watching the progress of the inquest with interest, and couldn’t believe the suggestion that, twenty-seven years after the event, the victim’s families would simply be able to ‘get on with their lives’. What lives?

Later, while researching a back story for my character Eric – the law student who painstakingly researches the hundreds of elements that made up the sequence that led to my fictional disaster – I discovered the story of Bethnal Green. To fund his degree, Eric works part-time for a ghost tour company which offers a tour called Ghosts on the Underground. I was mapping out a route for that tour, when I stumbled across details of what was the Second World War’s worst civilian disaster. Interestingly, the courts decided that the families of the victims should be awarded compensation, but the details of the case were hushed up by war-time censors. In a time of peace, the loss of 173 lives would have made headlines, but this was London during the blitz. Many people lost their lives, but everyone suffered appaling conditions. One survivor told how he had already been bombed out of his home four times. Until 2008, nothing marked the site where the 173 died. Again, it was the determination of a few who ensured that a plaque at the station entrance acknowledges the tragic loss.

Because of the parallels with the fictional disaster I’d already created, I knew I need to include details of Bethnal Green in my book. It also influenced the actions of my characters, Donovan in particular, who raises money for a permanent monument. In fact, ‘Monument’ was my working title.

The book focuses amongst other things on the potential healing power of art. Is that something you feel strongly about?

When there are things that are too painful to say, finding an outlet for your emotions can be enormously helpful. My character Jules Roche managed to do just that, creating sculptures, often by recycling broken objects. That said, I’m not sure he had any expectation of being healed. He admitted that, in a way, he was keeping his pain alive. When they visit Tate Modern and look at The Visible Fracture, I have Jules say to Maggie, “The repair becomes part of the history of the objet. It is like us, n’est-ce pas?” and Maggie has to stifle a gasp because of her sense of being damaged, and of that damage being on display for all to see. I see loss as being something that becomes part of you. You have to learn to live with it because there’s no choice, but the scar will always be there.

Smash all the Windows is what I think of as an ensemble piece where no single character takes centre stage. Did you always envisage it in this way, and if you had decided to give the story to one character, who do you think it would have been?

I knew from the outset that Smash all of the Windows was going to involve a far larger number of characters than I’d worked with before, and I really like to get inside my characters’ head. Each has so much that they’ve held inside for so long, all of the private memories, hidden secrets and sorrows. There would have been no way to show this from a single point of view.

Your novel spans fourteen years but the narrative skips backwards and forwards. Was this a conscious decision or did it ‘just grow?’

I love stories that aren’t told in a chronological order (and here I’m thinking of A Visit from the Goon Squad by Jennifer Egan, Station Eleven by Emily St. John Mantel and The Coincidence Authority by John Ironmonger). Because there’s no beginning, middle and end in the traditional sense, the story is both cyclical and enduring. That was particularly important in Smash all the Windows because this isn’t a story with a tidy ending. I could only ever offer a snapshot of my characters’ lives. I wanted to leave readers with the sense that they’re real people who are carrying on living. I also found it enormously helpful in giving a sense of the slow passage of time without having to actually show it, year by year.

For me the overriding theme of the book is how the loss of a loved one leaves empty space, and sometimes creates fractures in survivors’ relationships. Do you want to summarise some of the characters’ conflicts or dilemmas?

Firstly, despite their flaws – and they do have flaws – I think all of the characters are heroic, given that each of them gets up day after day and faces the world, despite everything they’ve lost. Gina Wicker didn’t only lose a son. She lost her idea of who he was – of who she herself was. She was not, as she’d imagined, a good mother, and this knowledge led to a downward spiral of self-destruction.

Then we have a married couple, Maggie and Alan Chappel. They’re not from London. When Alan decides it’s time to return to his Northumberland hometown, Maggie comes under mounting pressure to explain her reluctance to go along with his plans.

My beta readers’ clear favourite was Donovan. Two generations of his family were wiped out in an instant. Not only his daughter and future son-in-law, but his unborn grandson. He has another less obvious source of pain. Ever since the funeral, his wife Helene has turned her back on the world, refusing to leave the house.

Then we have Jules Roche, my sculptor. He was the unwitting poster boy for the disaster, but reluctantly found fame with the sculptures he created from his outpouring of anger and sorrow. Tate Modern wants to stage an exhibition of his work. Jules accepts, but he has an idea that will involve all of the families.

I found Eric an interesting ‘unsung hero’. Why did you give this role of detective to someone not directly affected by the disaster?

When most injustices are overturned, there has usually been an individual in the background who realised that an injustice had been done and then worked tirelessly behind the scenes in order to construct a case. With the Hillsborough disaster, that person was a criminologist, Dr Phil Stratton. I wanted to reflect that. A family member would have been too close to the disaster. They couldn’t have been objective and the findings would have been overwhelming. Although Eric wasn’t directly affected by the disaster, he has what I can only refer to as an unexplained experience when he passes by the scene of the disaster, and he later discovers that he has a connection with one of the victims. In fact, as far as he’s concerned, he’s in one of the victim’s debt.

Eric’s investigations and the book as a whole must have involved a lot of research!

It’s true. I know more about transport policy and accident investigation that I care to! As you know, the rule of thumb is that research shouldn’t show up on the page, but I made an exception in the case of Eric’s and his hard-won sequence. I needed to include enough details to give a sense of the many late nights, the sacrifices made, the eye strain, the headaches, and how he drove himself into a state of total exhaustion.

Have you compared the book to any other writers or novels you’ve read? What’s the same? What’s different?

I hope it will be enjoyed by readers of How to be Both by Ali Smith and How to Paint a Dead Man by Sarah Hall. Both have so much to say on fragile, precious and unpredictable life is. Both focus on what it means to be human and our innate connection with art – although neither is likely to put you off escalators.

How do you want readers to feel when they get to the end?

I hope that they’ll have come to think of the characters as friends. I hope they’ll occasionally catch themselves wondering, what did Maggie do? What’s Jules up to? How’s Eric doing and will/can he go back to formal law? Where’s Gina moved to and what’s she doing? And I hope they remember to hug their loved ones.

Hailed by The Bookseller as ‘One to Watch’, Jane Davis is the author of eight novels.
Her debut, Half-truths & White Lies, won the Daily Mail First Novel Award 2008. Of her subsequent three novels, Compulsion Reads wrote, ‘Davis is a phenomenal writer, whose ability to create well-rounded characters that are easy to relate to feels effortless’. Her 2015 novel, An Unknown Woman, was Writing Magazine’s Self-published Book of the Year 2016 and has been shortlisted for two further awards. Jane lives in Carshalton, Surrey. When she isn’t writing, you may spot her disappearing up a mountain with a camera in hand. Her favourite description of fiction is ‘made-up truth’.